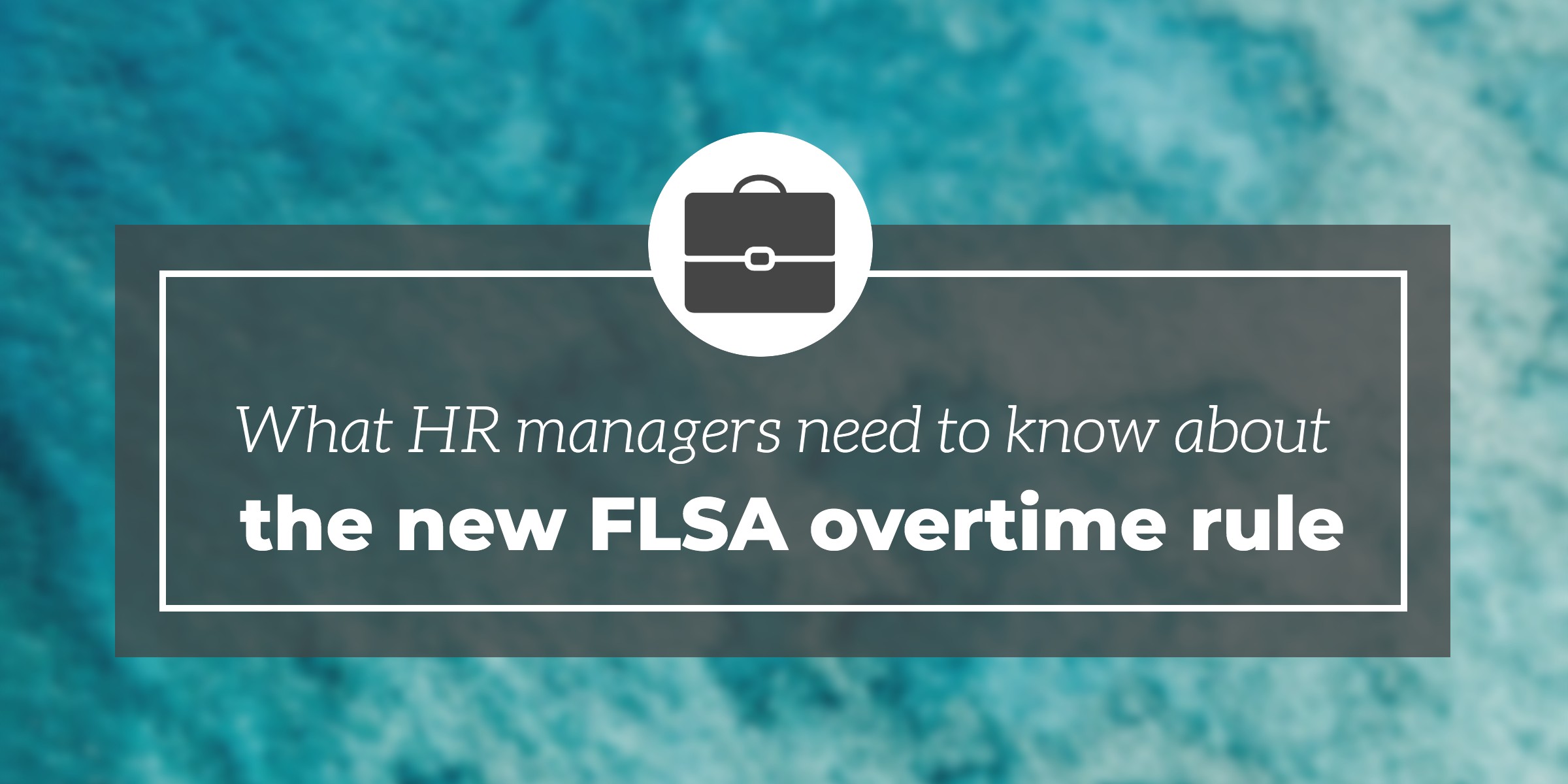 After a protracted debate (and after over 15 years since the last update in pay requirements) the Department of Labor released its updates to the Fair Labor Standards Act (FLSA) in September 2019. The new rule— which will go into effect on January 1, 2020— increases the salary threshold for white-collar exemptions, clarifies the role of bonuses, and raises the pay level required for the “highly compensated employees” exemption.

These changes are expected to extend overtime protections to an estimated one million workers who currently qualify for one of the law’s various exemptions. With a little under a month until the new rule takes effect, here’s what employers need to know:

What does the FLSA currently specify?

Under the FLSA, there are two major classifications for HR managers to know: exempt and non-exempt workers. The “exemption” in question is whether or not the employee is eligible to receive time-and-a-half overtime pay for hours worked beyond a 40-hour workweek.

In the law as it currently stands, to be exempt from FLSA coverage, an employee must:

The DOL’s definition of exempt duties typically includes roles such as:

So what is changing?

The new FLSA overtime rule that will go into effect in January will raise the standard salary level from the current pay threshold of $455 per week (or $23,600 per year) to $684 per week (which would translate to $35,568 per year).

As of January 1, employees who earn less than $684 per week for a 40-hour workweek will be eligible for time-and-a-half pay for overtime work— even if they’re paid on a salary (non-hourly) basis, or perform job duties that are typically classified as exempt.

One form of exemption under the FLSA is for highly-compensated employees. As the law stands currently, this has meant that employees who earn at least $100,000 annually are exempt from overtime protection, provided their job duties meet a reduced duties test. This means that compared with the job duty requirements for regular salaried employees to be exempt from overtime pay, highly-compensated employees are only expected to meet a more minimal set of criteria where their job duties are concerned, specifically:

As of January 1, the threshold for exemption for highly-compensated employees will jump up from $100,000 per year to $107,432 per year. Under the highly-compensated exemption, an employee’s total annual pay may include commissions and non-discretionary compensation such as bonuses. However, even if an employee’s total annual compensation is over the threshold, they must still earn at least $684 per week throughout the year.

The role of bonuses

Under the new overtime rule, employers will be able to use non-discretionary bonuses and incentives such as commissions to satisfy up to 10% of the standard salary level. This means that employees who earn bonuses must earn at least $32,011 per year in regular (non-bonus) pay to qualify for overtime exemptions. According to the Department of Labor, this change has been made “in recognition of evolving pay practices.”

What to do now

HR managers should be sure to take stock of all employees’ status as either exempt or non-exempt. Ensure that job descriptions and salaries for exempt employees meet the standards for exemption, and that bonuses and non-discretionary pay doesn’t account for more than 10% of total pay.

Finally, review your company’s overtime policy with managers and share it with affected employees so that they know their rights.

While the window between the DOL’s final rule announcement and the enforcement date has been short, with a little bit of planning, most employers should be able to get their employees’ exemption status ironed out in time to meet the deadline and stay compliant.

To stay on top of HR compliance issues and best practices in the coming year, make sure you’re subscribed to the Fuse Workforce blog.