Who's Happiest in the Workplace? FLSA Updates & More 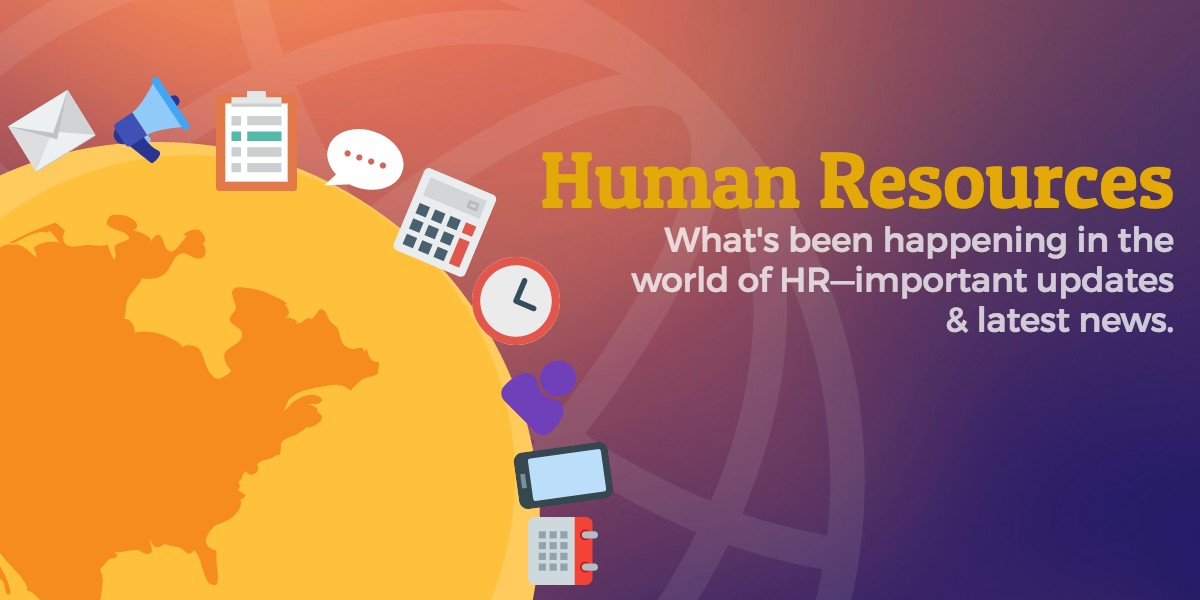 November is here and everything year-end seems to be right around the corner. But before we dive into holiday mode or open enrollment, let's look back on what happened in HR in October. FLSA changes to overtime rules are just a month away, the blacklisting rule has been temporarily blocked, the EEOC gives us a heads up on what to expect in the coming years, and HR women could be the happiest of all women in the workplace.

Sit back with your bucket of Halloween candy and catch up on the latest HR news!

Business owners are still not prepared for changes to overtime rules.

In our last HR Roundup article, we found a study revealed that many business owners were not yet prepared for the FLSA changes to overtime rules going into effect December 1, 2016. A month later, and just a month away from the deadline, we find that many businesses, particularly small businesses are still not prepared—or worse—completely unaware of the impending changes.

“We’re finding small business owners are unprepared or worse, unaware of the changes, which has immediate repercussions on so many employees around the country. The good news is that small business owners have time and, if they seek out the right resources, can determine which compliance method works for them before the December deadline,” said John Swanciger, CEO of Manta.

While some 21 states and the US Chamber of Commerce have filed suits to bar the Department of Labor’s new overtime rule, employers shouldn’t hold their breath for a last minute Hail Mary in the courts. Even if some challenges to the rule have potential to succeed, time is running out. Business owners are encouraged to continue to prepare FLSA compliance strategies for December 1,2016. And yes, the FLSA overtime rules most likely apply to your business, regardless of the number of employees you have .

On the eve of its effect date, a federal judge set a temporary block to the Blacklisting Rule.

The Fair Pay and Safe Workplaces Rule, often referred to as the Blacklisting Rule, states that federal contractors bidding on contracts over $500,000 must disclose all labor law violations within the last three years to the federal government. If any federal contractors don’t have a great track record, they may even be barred (blacklisted) from receiving contracts at all.

On October 13, a motion for an emergency temporary restraining order was filed to block the regulation that would take effect October 25, following a lawsuit filed on October 7 against the Federal Acquisition Regulatory Council (FARC).

According to SHRM, this 11th-hour- attempt arose from complaints that the regulations require disclosure of said violations that have not even been fully litigated in court. Federal contractors complained the regulations exceeded the executives branch’s authority and conflicted with labor laws.

Among other consequences, "the rules impose a number of burdensome technical requirements that will impose additional costs on companies that, in recent years, have seen a steady increase in the number of regulatory requirements and burdens imposed on them," says Guy Brenner, an attorney with Proskauer.

In a last-minute action, U.S. District Court Judge Marcia Crone of the Eastern District of Texas issued a temporary block on the Blacklisting Rule.

“The Executive Order and FARC Rule present an imminent and non-speculative threat to plaintiffs’ members’ First Amendment rights by virtue of the fact that their public reports of alleged violations may be used by their competitors and adversaries to gain competitive advantage over Plaintiffs and their members,” said Crone.

“They will likely suffer increased costs, loss of customers, and loss of goodwill, regardless of whether they are actually disqualified from government contracts, by being labeled labor law violators.”

The DOL made a statement on the following day, (when the Blacklisting Rule would have taken effect) saying they stood behind the FARC and the regulation and would be considering next steps.

The EEOC has released its Strategic Enforcement Plan (SEP) for the fiscal years of 2017-2021. The goal of these SEPs is to “set forth continued commitment to focus efforts on those activities likely to have strategic impact in advancing equal opportunity and freedom from discrimination in the workplace.” Meaning employers can expect to see legislation and regulations in the coming years around what we see in this plan.

Based on what the EEOC finds to have strategic impact (having significant impact on the development of the law or compliance in industries, workplaces, and communities), they say they will shift attention and may even reduce resources in effort to focus on the matters with the highest perceived impact.

According to the SEP, the EEOC plans to examine "issues related to complex employment relationships and structures in the 21st century workplace.” We can interpret this to mean matters related to the contingent workforce of temporary workers, staffing agencies, contract workers, and the rising gig economy.

Why does this really matter? With the contingent workforce becoming more and more common, it’s also becoming more difficult to classify workers. Are these workers independent contractors or employees?

Another issue we can expect the EEOC to hone in on is big data. In a hearing on October 13, the agency discussed the potential of data acting as discriminatory in hiring and recruiting algorithms. The agency is concerned that these algorithms and sourcing tools could be matching demographics over skills. The EEOC acknowledges the potential of big data but wants to ensure the tools are designed to promote fairness and opportunity.

If you’re a woman working in HR, you’re among the league of women who report higher satisfaction levels than any other job. But what makes working in Human Resources so great?

It could be that HR is the only department where women hold at least 50% of the C-level positions, like Chief Human Resources Officer (CHRO). It could also have to do with being surrounded by many other women and feeling empowered by their success in the workplace. It may also be due to the fact that because women in HR tend to fill higher management roles, they tend to earn higher incomes than most women in other verticals.

According to the women reviewing HR jobs, it all comes down to opportunity. They feel women in HR have more opportunity for senior roles, which leads to higher pay, greater chance of flexibility for family, and more professional mentors for women.

As HR leads the charge in developing more female leaders for companies, we hope you use your influence to help women in other roles and departments in your companies achieve that success too.