Why Companies are doing Away with Annual Reviews

Nobody enjoys annual reviews. Employees find them bothersome at best or nerve-wracking and nausea-inducing at worst, depending on the culture of the company. Managers find them time-consuming and ineffective, but they continue to go through the motions because it’s a box that has to be checked.

As Laszlo Bock, SVP of People Operations at Google, recently noted, "Performance management as practiced by most organizations has become a rule-based, bureaucratic process, existing as an end in itself rather than actually shaping performance. Employees hate it. Managers hate it. Even HR departments hate it."

But as with most bureaucratic processes, reviews are pretty entrenched in the corporate landscape. Changing the way things have worked for decades can be an uphill battle, especially in larger companies.

The tides seem to be turning, though. GE, which employed a notably brutal “rank and yank” performance review system under Jack Welch’s leadership (they abandoned this strategy a decade ago), has decided to do away with formal performance reviews entirely and go a different direction to nurture employee growth. Several other major companies have also started to look closely at this time-intensive and questionably useful process, and have come the the conclusion that it needs to go the way of the dodo. Here are several reasons why:

They look backward instead of forward.

The focus is usually on feedback about job performance in the past 12 months, instead of goal-setting for the next year, which is often relegated to just the last few minutes of a formal review meeting.

There’s too much room for human error.

Grade inflation sneaks in, because negative feedback has been shown to lower morale and worsen improvement. Since managers are responsible for getting the best work out of their staff, they often find that they have to avoid any honest critical feedback and instead just focus the positives. Furthermore, the process suffers from the “recency effect.” When preparing notes for an evaluation, managers are likely to only remember things that have happened in the past few weeks. This skews the employee’s feedback, so that they’re potentially getting evaluated for an entire year’s work based on several weeks.

Goals made in January are often irrelevant by December.

Diane Gherson, IBM’s chief human resource officer, said the company was finding that employees were “iterating and experimenting” as the year progressed and new projects and goals came up. This is actually great for a company trying to innovate, and should be encouraged. But in their annual reviews, employees were supposed to talk about the goals they had set a whole year earlier, before any of those other projects arose. Employees and managers were engaged in an “irrelevant discussion” that didn’t benefit either party, nor the company’s strategic goals.

They take a lot of time to manage.

According to The Washington Post, the average manager spends 210 hours a year on performance review activities, including evaluation meetings with employees and filling out the accompanying paperwork. That amounts to a shocking 26 work days a year focused entirely on a task with dubious value.

They create the wrong kind of employees.

In an ideal world, all employees are highly competent self-starters who focus on continual improvement and growth. As Laszlo Bock noted, “studies have shown that when you introduce extrinsic motivators (like the ratings and comp typically shared in performance reviews), you reduce people’s intrinsic motivation to develop and improve.”

Despite all these drawbacks, it’s still important that employees get feedback to help them improve their work. So what should replace the performance review process as we know it?

Most major companies that have abandoned formal reviews have chosen to adopt a more ongoing approach to employee evaluation. Instead of one weighty conversation at the end of the year, a series of more informal chats about employee goals and performance can help managers to stay aware of the challenges and successes of their direct reports.

Empowering and training managers to serve as coaches for the employees that report to them is a great way to start seeing stronger results and a more meaningful working relationship. Recent research suggests that employees whose managers touch base with them about weekly goals are 24 times more likely to reach those goals.

As more companies experiment with effective ways to nurture employee growth in the current workforce, we’re likely to see useful technological tools spring up to aid in the process. GE is currently piloting a program for some of their employees in which managers use a mobile app to monitor their informal checkins so they can have a full track record to help them spot any meaningful trends and coach their employees accordingly.

Whatever the future of the employee review process looks like, one thing is clear: companies that still use traditional once-yearly conversations should start to think about how to phase that out. Ignoring the trend away from annual reviews toward coaching will only result in stilted employee growth, unmet goals, and less productivity. 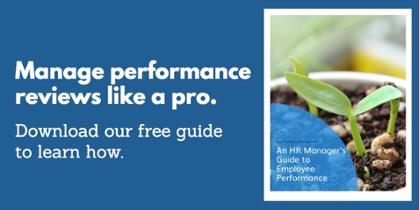