How to attract top college graduates when the demands are high

If you’re a recent college graduate, things are looking up for you—much better than your Millennial predecessors. The U.S. unemployment rate is back down to pre-recession levels. The economy has been recovering year-by-year and the job market is strong. More employers are looking to fill roles as technology changes the way we work and specialized skills become highly sought after. For the Class of 2017, the future is bright.

But by far the best news for one of the first graduating classes of Generation Z is this: they will receive the highest average starting salaries of any other graduating class in a decade.

The Hay Group of Korn Ferry recently completed a study of more than 700 organizations and 145,00 positions across the United States. In their study, they discovered students who receive an undergraduate degree in 2017 will earn the highest average salaries of any college graduates since the recession, adjusting for inflation. 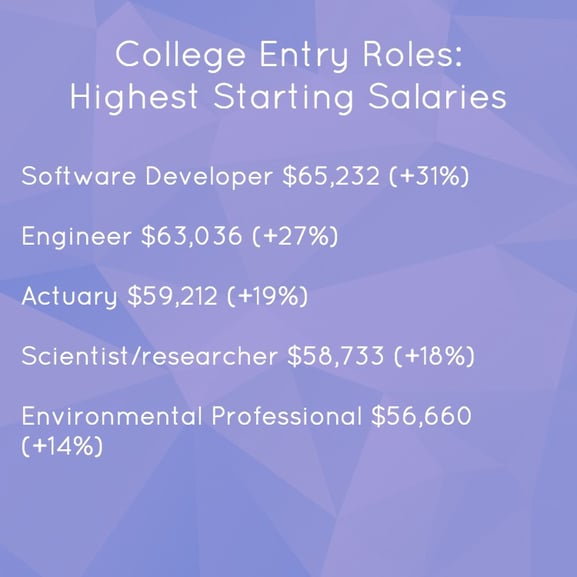 The study also analyzed major cities across the U.S. and the differences in pay based on location. San Francisco and New York came in first for salary rates. Of course, before choosing a job based on numbers alone, students should consider other factors like cost of living.

What does this mean for employers and HR?

Now that the Class of 2017 has more options and opportunities, what does this mean for employers? Benjamin Frost, Global Product Manager for the Hay Group, advises companies to evaluate how they’re attracting talent.

"With unemployment rates back down to pre-recession levels and jobs requiring more highly specialized skills, companies will need to offer competitive compensation packages if they hope to attract top talent," Frost says.

Recent graduates have more opportunity than their predecessors. This means attracting and retaining top talent will take more strategy and attention.

In recent years, Futurestep has seen a trend in many businesses’ hiring strategies. For many companies today, the full-time employment hiring process begins long before a student graduates. This process begins when they hire summer interns (between students' junior and senior years of college). When the internship ends, companies will make an offer of full-time employment to the student, even though students will not be able to fill the positions for at least another nine months.

Not only do companies have the chance to test the fit of the student with the employer, but also get a head start on recruiting the student for full-time employment.

“This practice keeps the really talented new professionals out of the interview process and committed to the company for which they interned. Strong starting salaries, along with a good culture and opportunity for advancement, help make companies employers of choice,” said Adam Blumberg, VP of Key Accounts at Korn Ferry Futurestep.

If you want to attract—and retain—top college talent, be ready to offer competitive pay. Not only are businesses offering higher starting salaries, but graduating seniors expect higher salaries also. A study from iCIMS shows that 42% of graduating college seniors expect to make between $50,000 and $74,999 in their first job after college. With 96% of the students surveyed having student loans, you can be sure they will remember their looming debt when deciding among job offers.

But we know base salary is only part of the whole package, especially for Generation Z. College graduates will be looking at other benefits and company culture offerings like professional development, collaborative relationships with teammates and managers, flexibility and telecommuting, philanthropic purpose, wellness initiatives, mentorship programs, and sustainability and community involvement.

Remember, these new graduates entering the workforce will offer a fresh energy and new perspective to your company, even if they’re only filling an entry-level position. If you see them as only that, that is what you'll get. But, if you see these students as opportunities for growth in your company, you may get a dedicated employee. The amount you invest in them now can return to you tenfold.