This summer has brought more than scorching temperatures. In case you’ve been on vacation and haven’t caught up on the news, there’s a lot happening with the Department of Labor that employers and HR professionals need to know about. 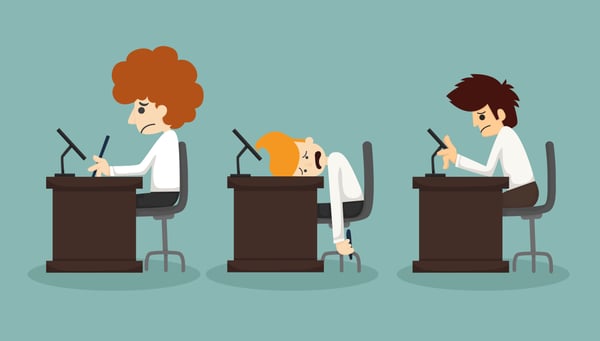 After President Obama’s executive order in March 2014, the Department of Labor issued a Notice of Proposed Rulemaking regarding overtime pay laws and white-collar exemptions under the FLSA.

Under the current white-collar exemptions, employers may classify white-collar employees with certain job descriptions and whose weekly pay is at least $455 ($23,660 per year) as “exempt” from overtime rules and receive no overtime pay.

The new minimum salary threshold lands at $970/week ($50,440 per year)—equal to the 40th percentile of what current full-time salaried workers make. Anyone who falls below that pay level will be classified as a non-exempt employee and be eligible for overtime pay. According to the DOL, the proposed changes could make as many as five million American workers eligible for overtime pay.

What does this mean for employers? The Department of Labor invites you to submit written comments for consideration in the drafting of the final rule (submit comments before September 4, 2015). Stay tuned as we continue to keep you updated on any changes or progress in the matter. We also recommend HR departments evaluate the exemption and income status of current employees and make any necessary preparations in the event of the rule’s passing.

For more information about the NPRM proposed overtime rules and changes from the Department of Labor, please visit http://www.dol.gov/whd/overtime/NPRM2015/.

In July, the Department of Labor addressed the issue of frequent misclassification of workers as independent contractors. The DOL doesn’t stray from its prior position but does conclude that “most workers are employees under the Fair Labor Standards Act’s broad definitions.”

To determine whether a worker is an independent contractor, the DOL developed the “economic realities” test which shows whether workers are economically dependent on the employer’s business or economically independent and in business for themselves.

The Economic Realities factors include:

This Interpretation suggests each factor of the economic realities test be applied consistently with the broad definition of “employ” set forth in the FLSA and notes that no single factor is exclusive in determining a worker’s classification.

What does this mean for employers? If your business frequently uses independent contractors, you should re-evaluate the relationship between worker and employer. In some cases, a written contract may not be enough to prove independent contractor status, but rather evidence to establish relational intentions.

Rather than use the DOL’s Six-Factor Test (which requires all six factors be met), the defendant

proposed and the Second Circuit adopted the “primary beneficiary” relationship test. The seven factors of the test are not exhaustive, but rather encourage courts to “weigh and balance” the extent to which the following factors are met:

What employers need to know: While this new standard could give businesses in the Second Circuit more flexibility in developing internships, employers should re-evaluate their current internship programs in order to determine the primary beneficiary and remain in compliance with the standards and FLSA minimum wage laws.

Stay informed on the development of these and other HR issues you need know.