5 Costly Overtime Pay Compliance Mistakes You Might Be Making

The Fair Labor Standards Act of 1938 was a major win for workers in the United States. It established a forty-hour work week, guidelines about child labor, a minimum wage, and the requirement that workers be compensated extra for work beyond their 40 hours.

That last part—overtime pay— presents a little bit of confusion for many employers, though. The  77-year-old bill can be tricky to navigate and, like most pieces of legislation, has some confusing language in it.

Noncompliance can mean major penalties, and if you’re successfully prosecuted, you’re on the hook for back pay and attorney’s fees.

An old, confusing bill with high potential for costly errors? Sounds like every employer’s worst nightmare. 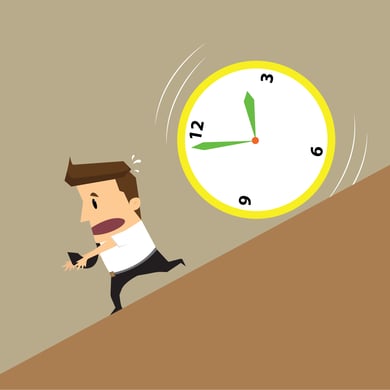 Here are a few common FLSA compliance errors your company might be making. It’s worth your while to look into these before they become a problem.

Let’s say you have an employee who puts in an extra hour every day for a whole work week. Instead of paying him overtime pay for these hours, you figure you’ll just give him 5 more hours of comp time that he can use toward vacation days. It may seem like a good idea, but it’s actually illegal.

Within the same work week, you can rein in an employee’s hours to avoid paying overtime.* If an employee works an extra two hours on Tuesday, you can send her home two hours early on Wednesday to balance it out. But if you can’t get that employee’s hours to 40 or less before the end of the week, you’re on the hook to pay for every hour over 40 at the overtime rate (usually time and a half).

*This is not true in California, Nevada, Alaska, or Puerto Rico. In those states/territories, you are responsible for paying overtime on a per-day basis. If an employee works more than 8 hours on any given day, they are entitled to overtime pay for every hour over 8.

What if you’re on a two-week pay cycle? Can you just get the two-week hours total to 80, which averages to 40 per week?

Not without breaking the law!

If employee A works 50 hours in week 1, you cannot just have them work 30 hours in week 2 and call it even. You are responsible for paying them for 10 hours of overtime from week 1.

It can be tempting to bring college students or recent graduates on board for the summer to let them learn the ropes. Many of them need job experience and may be willing to do the work for free, just so they have something to put on their resumes after college.

Do not fall into this trap!

The Department of Labor spends significant resources every summer to combat this phenomenon, and if you’re caught, you could potentially be slapped with some serious fines.

It’s not worth it. Pay your interns a fair wage for the work they’re doing.

4. You’re not classifying your employees correctly.

As nice of an idea as that might seem, there are very narrow definitions of what kinds of jobs fit the requirements for exempt status. Most employees that are paid an hourly wage should be classified as non-exempt.

The difference between exempt and non-exempt comes down to the type of work performed, the amount of money per paycheck, and several other limiting factors. For a good overview of all the ways an employee can be classified as exempt, check out this resource from the Department of Labor.

If you have employees who work in more than one job site during the day, you’re expected to compensate them for the time they spend traveling from one place to another.

This does not mean you have to pay employees for their commute time in the morning or after work, but if they’re traveling between work locations during the day, that time is on the clock. Be aware of this when you’re creating schedules for traveling employees.